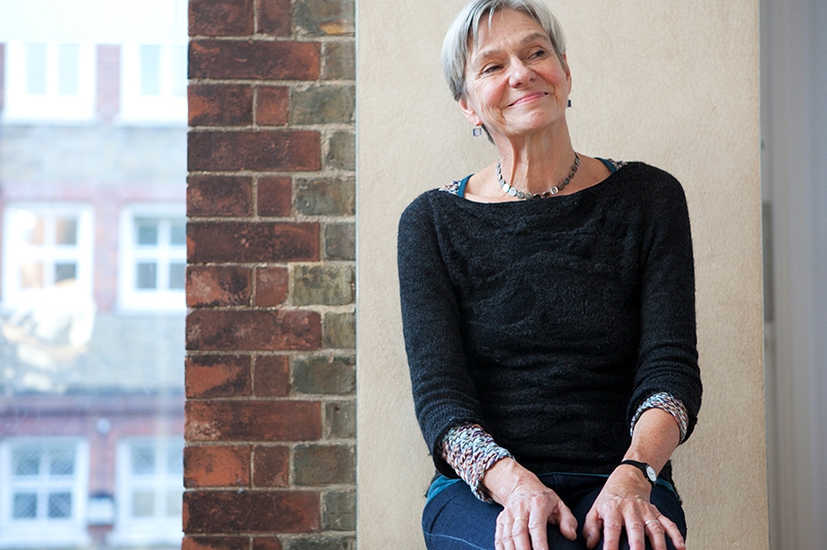 The art of dance

That conviction is the one constant in a career that has been as varied as it has been long and lauded. It began in 1967, when Davies, an art college student, began to take classes with the Contemporary Dance Group, founded the same year and soon to become London Contemporary Dance Theatre. By 1969 she was already performing with the company; by 1972 she was choreographing for them. In 1974 she was appointed Associate Choreographer; in 1983, Resident Choreographer.

Alongside her work with LCDT, Davies also worked more experimentally in the independent sector, first as a dancer with Richard Alston and Dancers, then as artistic director of Siobhan Davies and Dancers, which she founded in 1981. The following year, she joined forces with Richard Alston and Ian Spink to form Second Stride, one of the most influential independent companies of the 1980s.

From the beginning, Davies sought to explore and to exploit the possibilities of her medium, dance itself. Her work was less theatrical than most of LCDT’s pieces, less musical than Alston’s, less narrative than Spink’s. Her main early influence was American abstractionist Merce Cunningham, but she really began to forge her own path in Sphinx (1977). Here she began from a “blank slate”, consciously stopping herself from thinking of style, technique or meaning. Another landmark was Plain Song (1981), in which she sought to build and sustain an intricate composition from its own dance phrases.

In 1987, Davies once again needed to wipe the slate. She left LCDT, left Second Stride, and left the country, taking a year’s sabbatical in America on a Fulbright Arts Fellowship. On her return, she joined Rambert Dance Company as Associate Choreographer (until 1992) and founded the Siobhan Davies Dance Company in 1988. Her first works displayed a renewed vitality: the liquid energies of White Man Sleeps (SDDC) and Embarque (Rambert) showed a new-found freedom, while Wyoming (SDDC) explored scale and setting, and the interplay between inner and outer worlds.

For the next decade, Davies forged ahead. In Bank (1997) she discovered rhythmic variety, in Wild Translations (1995) she deliberately fractured any sense of confluence or unity. In Wanting to Tell Stories (1993) she created an emotive drama entirely through movement and framing, and in Different Trains (1990) and Make-Make (1992) she honed the expressiveness of gestures and small details. During this time she garnered a string of awards, had several pieces televised, received commissions from English National Ballet and The Royal Ballet to make works for the opera-house stage, and from Artangel for the Atlantis Gallery in east London.

By 2000, Davies was again ready to shift the ground beneath her feet. With pieces such as Plants and Ghosts (2002), Bird Song (2004) and In Plain Clothes (2006) she turned away from the proscenium stage towards presenting work in studios, galleries, even an aircraft hangar. But after Two Quartets (2007), which was made for the theatre stage, she both disbanded her dance company and abandoned the model of touring dance productions altogether.

The opening of Siobhan Davies Studios in south London, the previous year, proved to be a catalyst for change, providing a base that enabled Davies to pursue two interests in particular to which she had become increasingly drawn. The first was the hinge between dance and choreography. With In Plain Clothes and Two Quartets, she had already begun experimenting with commonplace, unadorned actions; with gallery works such as ROTOR (2010) and Manual (2013) she experimented with how context and composition can bring out the extraordinary sophistication inherent within ordinary movement. Her works has been performed in Victoria Miro Gallery, ICA, Whitworth Gallery, Ikon Gallery, Glasgow Museum of Modern Art, Turner Contemporary and Arnolfini.

The second interest was interdisciplinary dialogue. Davies wanted her studios to become a hub rather than a home, a place not only of dance activity but of traffic between dance and other fields. With two other organisations under the same roof – ID (Independent Dance) and PAL (Performing Arts Labs) – the studios became host not only to dance practice but to talks, conferences, workshops and exhibitions on art, craft and photography.

Alongside such activities, Davies’s own work increasingly positioned dance in dialogue with other fields, particularly visual arts. A series of collaborative gallery events – The Collection (2009), ROTOR, To hand, Commissions (2010), Manual and Table of Contents (2014) – explored different configurations of movement and choreography with other forms including visual arts, contemporary craft, film, sound and poetry, while All This Can Happen, created with film-maker David Hinton in 2012, was a highly composed film constructed entirely from archive photos and footage. The film has toured internationally to film festivals in Rotterdam, Buenos Aires, New York, San Francisco and Berlin among others.

Davies has, then, a kind of double vision for dance – looking both inwards, towards the very substance and composition of movement itself, and outwards, placing dance as rich and vital force within the open field of contemporary arts.

‘I am an artist, I choreograph, I collaborate closely with dance and other artists. I enjoy the engagement our work has with an audience. As a maker in the studio, I crash about, building, dismantling and trying to find my relationship with movement. I wish to evolve my practice and the communicating of it so that the work can contribute to movement being further recognised as an equal and distinct medium alongside the other arts: a medium in which thought, feeling and action are all contributors to the process of making, are able to be visible in the moving body.By the time of performance, the movement has an immediacy, is a state of being not a representation of it. The dancers and the movements that they make are the stuff of the performance and become another kind of evidence about who and what we are’ Siobhan Davies