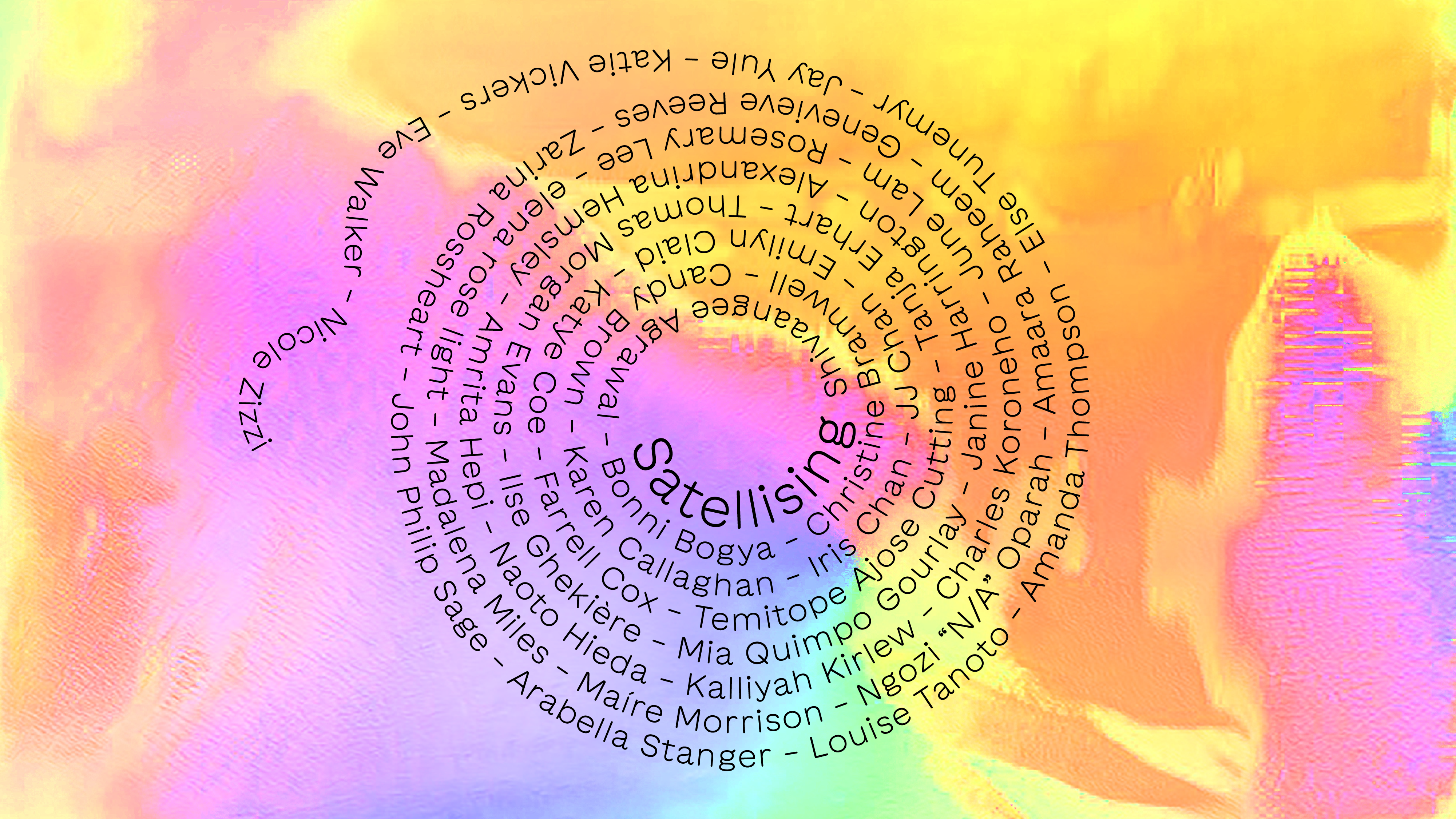 satellising.com holds together contexts around Satelliser: a dance for the gallery by Janine Harrington & coworkers (2016/21). This digital publication moves through a plurality of the voices and experiences, drawn together to share multi-partial but non-exhaustive perspectives of researching, performing, maintaining, stewarding, rehearsing, encountering and participating in Satelliser.

The publication features texts, images, coding, a podcast and more, with audio versions of each written contribution recorded by the authors. Several contributions take the form of conversation – which runs through the project – to deepen intimate dialogue in the digital space. Information about the development of the Satelliser project as a whole can be found throughout the publication with insights and contextual reflections from Janine in her essays.

The podcast series, Satelliser Conversations will be released from February 2022, starting with Oncrafting, choreography and lineage between co workers Amaara Raheem and Rosemary Lee and followed by: On growing feminisms with coworkers Christine Bramwell and Jay Yule, joined by Kalliyah Kirlew, Maíre Morrison and Eve Walker hosted by Ilse Ghekière; On spiralling with Janine Harrington, Charles Koroneho and Nicole Zizzi; a dialogue on transitions between JJ Chan, June Lam and elena rose light; and more. Subscribe to Satelliser Conversations.

This new digital publication from Janine Harrington and Coworkers is part of the CONTINUOUS Network.