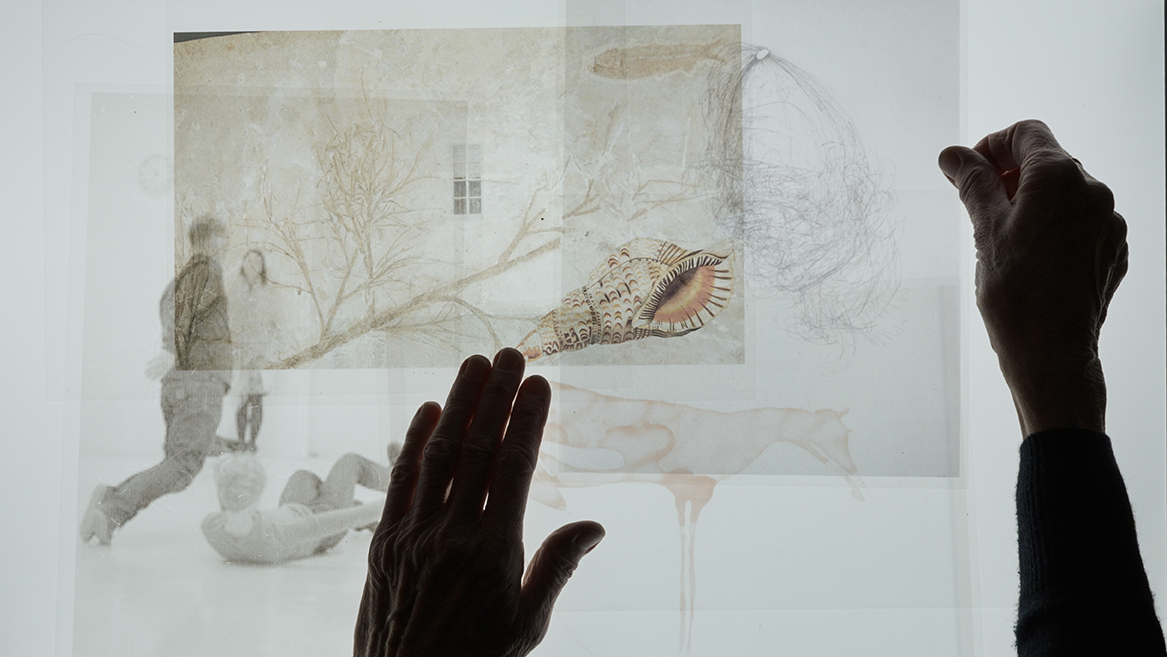 This new film has also been nominated for the Short Film Competition and will be free to watch on BFI Player from 5 to 23 October.

Siobhan Davies’ new film Transparent will premiere at the BFI London Film Festival on Sunday 16 October as part of a trio of works under the title ‘Something Other Than Yourself‘ in the Experimenta strand.

Transparent is a gentle manifesto and a visionary work of art itself. A dazzling three-part autobiographical collage of influences from animals and art to photography and psychology, exploring Siobhan Davies’ 50 years as a leading contemporary dance artist. Booking for the premiere, taking place at the BFI Southbank, is open here.

This new film has also been nominated for the Short Film Competition, a selection that recognises “short-form works with a unique cinematic voice and a confident handling of chosen theme and content.” The winners of all the festival awards will be announced online on Sunday 16 October.

As part of this Short Film Competition nomination, Transparent will be free to watch on BFI Player from 5 to 23 October.

“A huge thank you to the London Film Festival for choosing Transparent. Working on this film has given me a new approach to unravelling the complex processes that underpin my life’s work in dance. I have loved the distinct clarity that the medium has offered me, helping me to focus on the histories of movement embedded in each of us and to reveal the physical fluidity and depth of moment between all things.”

Transparent was made by Siobhan Davies in collaboration with David Hinton and Hugo Glendinning, and produced by Pinky Ghundale. The film was made with funding from Siobhan Davies Studios, Arts Council England and The Linbury Trust.