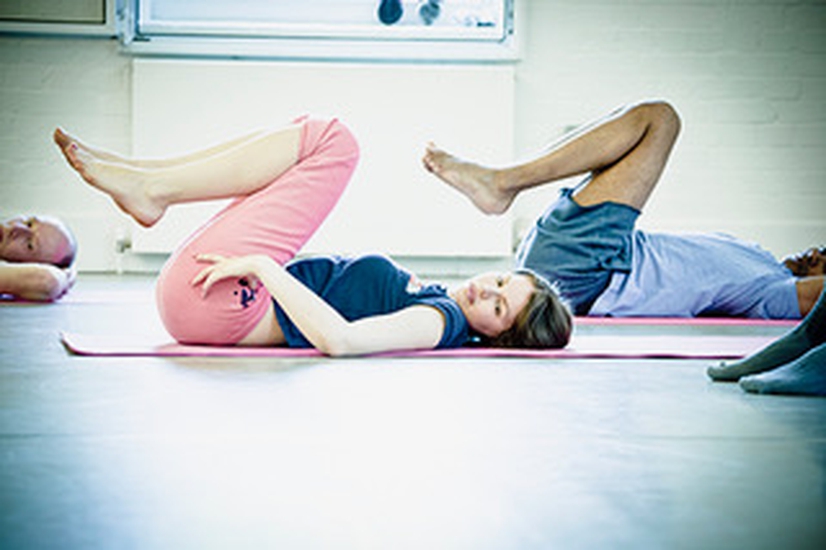 Inspiral Pilates Flow course  is  for everyone who would like to find more freedom, strength, confidence, fluidity and flow, in body and mind. All are welcome.

Inspiral Pilates Flow is a holistic, organic approach to movement which concentrates on flow and rhythm. It has the clarity and mindfulness of Pilates as its core, the economy of form of Alexander Technique, the self-perception of Feldenkrais, the spirituality of yoga and the joy of dance.

Inspiral Flow Pilates allows the body to unwind, and to find a deeper connection between physical and emotional being. Classes are filled with rich imagery and evocative questions that draw you into your own physicality, providing a space to reflect on life.

Pilates can help you:

Choreographer, performer, teacher and video director Laura Guarnera  trained at the Laban Centre, London in 1989. She is a qualified Garuda apparatus and Mat teacher, studying directly with the inspiring teacher and friend James D’Silva, developer of the Garuda Method. She is a versatile and knowledgeable teacher with over 30 years of experience in movement, and a diverse background in Dance, Pilates, Gyrotonic, Yoga, Franklin method, Body Mind Centering and Contact Improvisation.

Her companies Trinacria Teatro Danza and Compagnia Guarnera Guy have won many awards, including the “International Choreographic Award” Groninghen, The Netherlands and “Leaders for London Millennium Award”, UK. Laura has been Head of the Contemporary Dance Department at Performers Colleges since 1997 and since 2012 has been working as a freelance artist.

Laura’s love for movement brought her to approach Pilates and Yoga with an artistic visualization of movement, space-ground orientation and exploration of the relationship between movement and experimental anatomy. She travelled to India, and in Rajasthan gained a Diploma in Yoga and Meditation at the Saraswati Academy. Recently she opened a new venue in Goa with Sandeep Meheta, named Club Meditation Yoga Retreats.

She teaches group yoga, Pilates and fusion classes in London and also teaches one to one, private sessions and remedial work.

Siobhan Davies Studios is mostly accessible to wheelchair users, with lifts to all floors. There are two accessible parking spaces available on site which can be booked in advance. Blue Badge parking is also available nearby on West Square and Garden Row (for a full map visit the Southwark Council website). Our main door is not power assisted.